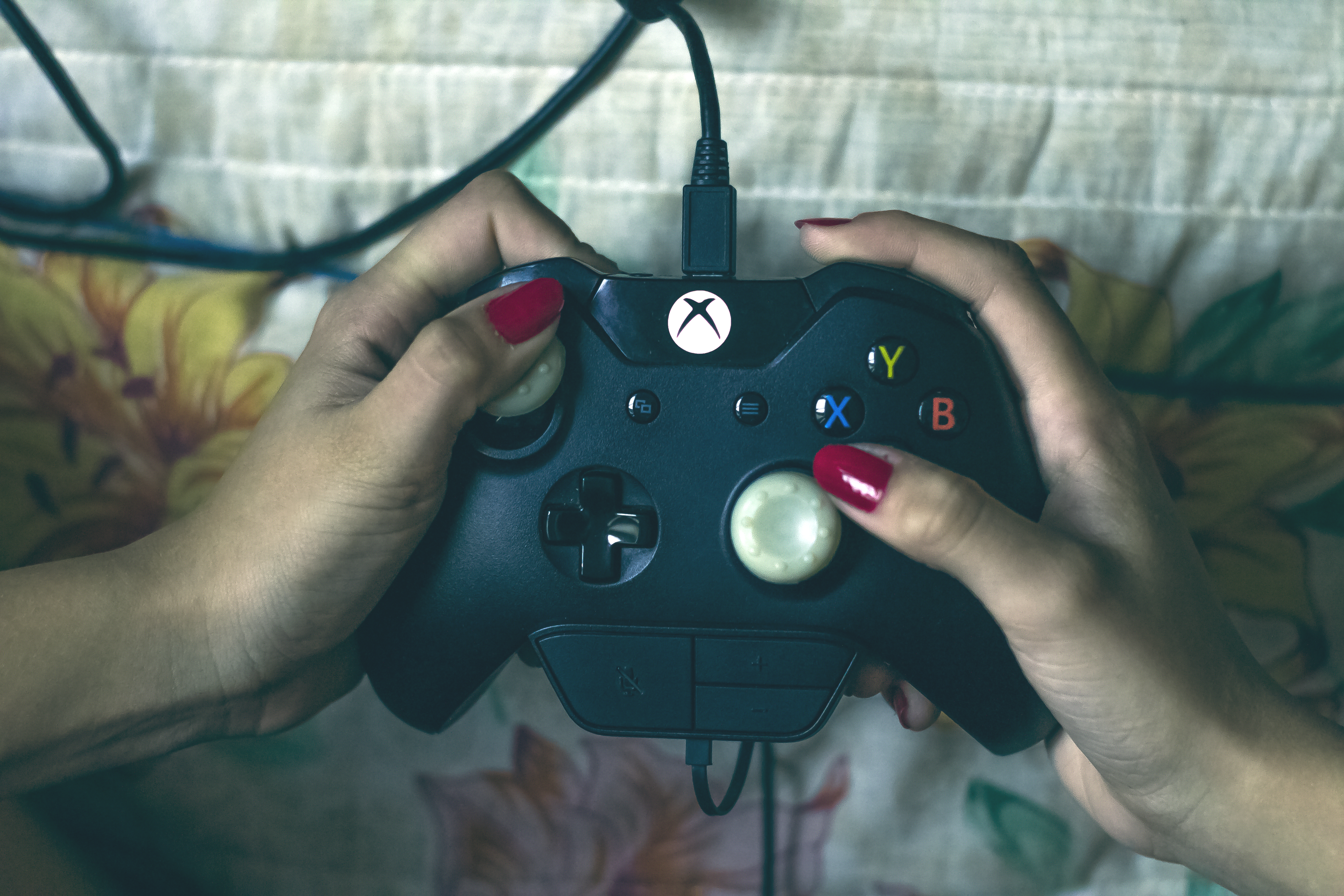 From Coke Studio to "Youth," "Terrorism" AND "People affected by floods"

I’m not a regular music listener, but I’m really inspired by the Coke Studio performance and this whole show. I have an indirect affiliation with literature and the performing arts due to the fact that my grandfather Fida Mutwahir was a prominent Pashto poet of his time. Those who belong to the soil of Puktoonkhwa should be familiar with his name and his contribution to Pashtun literature. The unique blend of our folk music can be experienced at Coke Studio. It is a mixture of the charm of Eastern and Western music that is accentuated more in folk music. Our singer proved to be an asset in the music industry around the world, not only representing the culture, customs and traditions of Pakistan, but also spreading the message of peace, love and harmony through his music.

Coke Studio is playing a vital role in promoting performing arts and providing a cross-cultural platform for new and recognized talents to collaborate with each other using the combination of traditional and ultra-modern musical instruments and technology. There, impressive performances beat the drums and convey the message to the world that we are united regardless of race color, cast and creed. Our artists can play Western “Guitars” with traditional “Rabab” and our singers can sing English songs with Urdu at the same time. The guitarists and singers on the “Cook Studio Show” are evident in the fact that we believe in equal rights and freedom of expression. We are not extremists or terrorists. We are civilized, moderate, peace-loving Muslims.

Due to the limited number of opportunities, our youth are flooding the Western world in one form or another, legally or illegally, on foot or by plane. My heart bleeds, but when I look at the big picture, I try to calm myself because I know that they are there for a happy, prosperous and brighter future and will contribute to the development of the country in different fields of life. The most disappointing situation is the unprofessional attitude of the Western media which is not only involved in the racial bigotry of Muslims but continually misleads the world through false and negative propaganda, particularly against Pakistanis, which is not really aligned. with reality, thus elevating racism and producing hatred. among Native Westerners and Americans, as they are true believers in the media.

We have sacrificed our heroes in the war on terror and the recent one is once again from Khyber Pukhtoonkhwa, Siffat Ghayour (Commander FC) who touched martyrdom to protect his soil from terrorism and extremism, Siffat Ghayour played a vital role in the elimination of the Taliban lines. and created chaos among them, due to his successful counterinsurgency strategy, he was on the Taliban’s target list. We have sacrificed hundreds of Siffat Ghayours in this war and many more will be born to rise up against those who try to take our national interest in their hands.

A flood devastated hundreds of villages in Khyber Puktoonkhwa and Punjab and killed more than 1,500 people and has already entered Sindh. People are forced to evacuate villages; unfortunately, disasters always catch us outrageously. “Plan ahead, it wasn’t raining when Noah built the ark” Who saddened you, saddened you for this day. Expect the unexpected in life and nature. Difficult times are coming in the history of nations, but those who are ready and prepared for it face it with courage. There is no contingency plan to deal with natural calamities. Our leaders can import luxury cars, but they cannot buy boats, ambulances, fire trucks, helicopters, and rescue equipment, especially for emergencies. However, the government is allocating hundreds and hundreds of acres for housing projects; there are no permanent enclosures for those affected by the floods or those who become internally displaced. And we have to thank God for testing us in the summers, disasters especially blew our doors during the summer holidays when schools are unoccupied and free to use as shelters.

The contingency plan should be in place regardless of the nature of the disaster, be it earthquake, flood, bombing or whatever. The role of the existing disaster management cell is limited to statistics and donation distribution and has a very bad reputation due to its mismanagement of aid. Relief items after the earthquake can still be found in the markets, such as blankets and tents, which are sold in the open market. Since then, people hardly trust these government institutions for donation distribution. The same is the case with the international community, their response to this recent disaster was quite slow and we did not get enough help from the international community, although I personally feel that we should not trust. about foreign aid, but even if we don’t need it, our leaders are used to publicizing and exploiting such occasions and disasters for the benefit of their Swiss bank accounts.

Following the recent scenario, I have come to the conclusion that we should form committees at the grassroots level, at the Mohallah, Village, Tehsil and district levels. The collection points must be the mosques of each Mohallah. In each area of ​​KM there are 5 to 8 mosques and each mosque serves at least 30 to 40 houses in each area. Religious leaders and scholars must come forward; go door to door and collect donations and you must also take responsibility for donation distribution. (Wake up Molvi Saabs, you have to be alert to the way you are active on the occasion of Eid-Ul-Adha, looking for the door to door of Qurbani ka Bakra). Turn on the loudspeakers of your mosques; while you preach, don’t remind us of our bad deeds. Yes, I know it is because of our wrongdoings that floods and earthquakes hit us, but let’s let the past be past or we can discuss this later. It is time to act. Please someone has to translate this into our Molvi Sahiban. And one more important thing, Ramadan is yet to come, so for God’s sake, don’t fight to see the moon. Similarly, Dr. Sahiban is also requested to collect medicines for the epidemic caused by the floods from the pharmaceutical companies that have sucked the blood of this nation, making millions of profit each year, sending troops of troops abroad for conferences, seminars and international family arrangements. trips for your partners in crime (with apologies from those of us who have never been on these trips before, the good guys are excluded and I ask the good guys to collect donations, although if the bad guys want to join they are not forbidden).

The estimated total population of our country in 2010 is 170200500 and we are the sixth most populous country in the world. The number of people directly affected by the flood is 800,000. The remaining population is 169,400,500. It is a challenge and a battle for the remaining 169,400,500 people to win the hearts and minds of these 800,000 flood victims. There are very few opportunities available in this country and of course we lack leadership, but let me assure you all of one thing, this country is not lacking in resources and talent; This nation has enough spirit and compassion to deal with wars and disasters that have already been observed during the earthquake.

It gives me immense pleasure when my eyes see these young children standing under the scorching heat in every nock and corner of the country, carrying buckets, running after cars and buses risking their lives for their loved ones and collecting donations for them. I am not desperate for the youth of this country and I have faith in my youth, they aim high and the vision is beyond heaven. They have reached a high level and will reach an even higher level inshallah. Our youth hate corruption and are against dowry and bribery. We want leaders with genuine titles, honest and fair reputations, and a strong attitude and professional character. May the world honor us with medals, not shoes. We want to be among civilized nations and we will rise up against all odds. Let us support our young people and encourage them not to be alone in this noble cause. Give them what they want, from donation to support, from books to guitar and career to leadership, give them a chance and let them be the true leaders and messengers of this land, remember what is done with children today, they will return to society tomorrow. Donate generously for the welfare and rehabilitation of flood victims, donate in any way you want, as much as you can and in any way you can, I’m not worried about that as long as I’m donating.